NO THEME! NO BOUNDARIES! NO RULES! 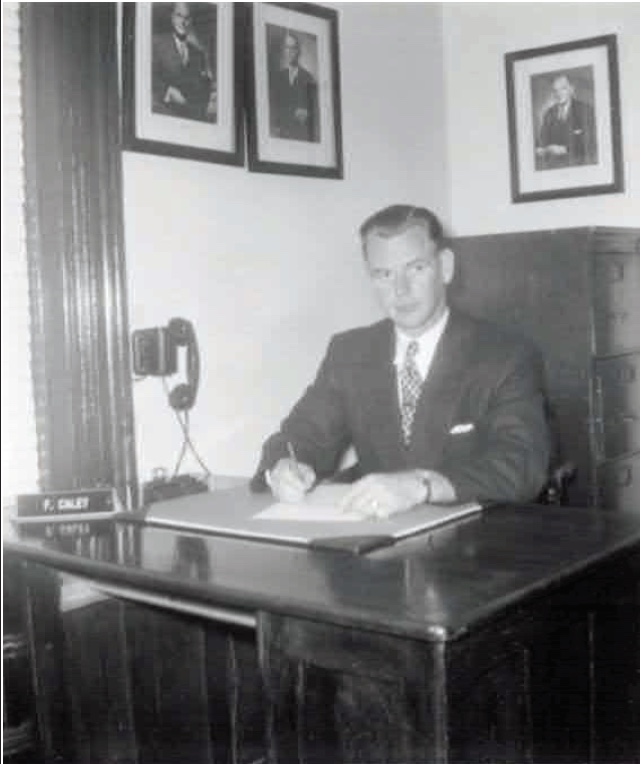 A LEGENDARY TRUE STORY IN THIS BUILDING…..

WWII Veteran Fred Caley, a member of the Royal Canadian Air Force, returned home in 1945 and was posted at the local Bank of Montreal in Paris Ontario. Starting off as a teller, Fred would later become a manager. That bank was in the restaurant you are sitting in today. The office was in the front room overlooking the street and the original office door is still with us, located behind our bar.

Later on in his career Fred would carry a gun due to death threats & have to go as far as to hide with his young family for safety. Very shortly after relocating, someone came to their house looking for them. The family has asked we keep the rest of the story private.

In an amazing twist of fate I.W. Design Co. that was hired to renovate Capeesh in March of 2020 is married to the granddaughter of – none other, than Fred Caley. Yes, that Fred Caley. Fred died in 1974 after a long and distinguished career with the bank.